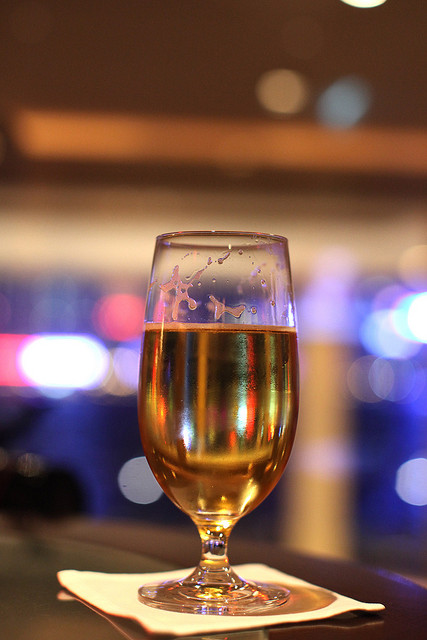 This New Year's Eve, party like it's the year '20—1920, that is! Two venues near Flats at Bethesda Avenue, the Doubletree by Hilton Bethesda and 4935 Bar and Kitchen, will ring in the New Year with special parties in a Roaring Twenties theme. Details below!

The Roaring Twenties 2016 New Year's Eve Party at the Doubletree by Hilton Bethesda
Back for its fourth year, this party promises five full hours of live music and dancing, plus food stations, an open bar, and a champagne toast at midnight. The fun doesn't end when the ball drops, however: Eventgoers—dressed in '20s-themed garb or cocktail attire—can mix and mingle until 2 a.m. Tickets start at $129 per person and include party favors.

Great Gatsby Gala 2016 New Year's Eve Party at 4935 Bar and Kitchen
On the docket during this Gatsby-themed gala at the sleek and swanky 4935 Bar and Kitchen? Two floors of dancing, live modeling, champagne, and a buffet. Tickets start at $20 for general admission and include a champagne toast at midnight. Upgrade to the "Dinner and Drinks" package, and you'll also receive two drink tickets and access to the full buffet (served 9-11 p.m.). Don't forget your '20s-themed ensemble!

Seeking a more low-key way to usher in 2016? Check out the specials being offered by many Bethesda eateries, including Passion Fish Bethesda, Mussel Bar & Grill Bethesda, Lebense Taverna Bethesda.